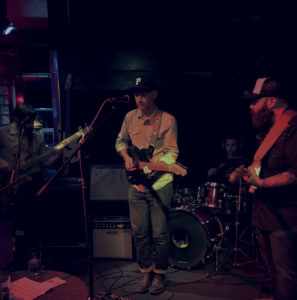 After too many years of traveling to the nearest city to play gigs, the idea was to create a band that could play in dive bars close to home.

“We live in a small town in Marin County and the local scene here ranges from reggae to cover bands to rootsy Americana, so the choice was not too difficult. But it would have to be a cosmic sort of Americana band, one that I would like if I heard it somewhere,” says singer/guitarist Pascal Garneau. And so a group was formed and once the lineup settled in with Charley Paul on lead guitar, Alex Kamages on drums, and Diego Gonzales on bass, a sound evolved into something unique and a chemistry was formed.

The sound of Brightsilver is deeply steeped in “West Coast Soul” Americana, tipping their hats to their Bay Area psych founders of previous generations, to stripped down Bakersfield country, to further down the coast to dreamy Laurel Canyon vibes.

Their debut LP Strike It Rich is planned for release in the Summer of 2018 on their own label Payphone Records, with several local dive bar gigs already booked.

“If Elvis Costello had a baby with Jerry Garcia while listening to Neu! and Tom Petty, you would be their baby”
– review of our live show from our friend Felipe 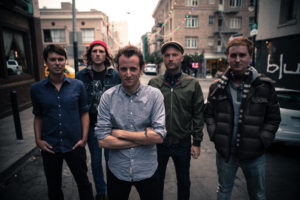 Through the San Francisco fog, across the Golden Gate, through a rainbow tunnel, amid the land of redwood forests and nuclear-free zones, lies a small, dark studio where The Visibles wrote and recorded their self-titled debut album. Over a year in the making, The Visibles presents layer upon layer of psychedelic imagery piled up like a Dylan-esque acid trip (if Bobby wrote more songs about girls, anyway). Singer-songwriter Justin Goldman offers seemingly painful, autobiographical confessions one moment, then builds up a wall of opaque metaphor the next. His remarkable singing voice, often drawing comparisons to Bowie and Lennon, stands in stark contrast to anonymous, verb-drenched shoegazers that populate the current landscape. The rest of the group is comprised of Pascal Garneau, who produced and mixed the album as well as serving as guitarist in the band, Robert Jakubs (drums), Dashiell Worfolk (keyboards), and Mike Alexis (bass).